Memoirs of an Aspiring doctor

Olympic National Park reminded me of how I have always envisioned Washington: foggy and chilly with ferries! The last day in Washington was spent at this national park. Seattle, Mount Rainier, and North Cascades shared similar forecasts of sunny, clear skies and 80s. A local resident recommended taking the Edmonds-Kingston ferry to get to Olympic National Park. The ferry was much different than how they make it look on Grey’s Anatomy. 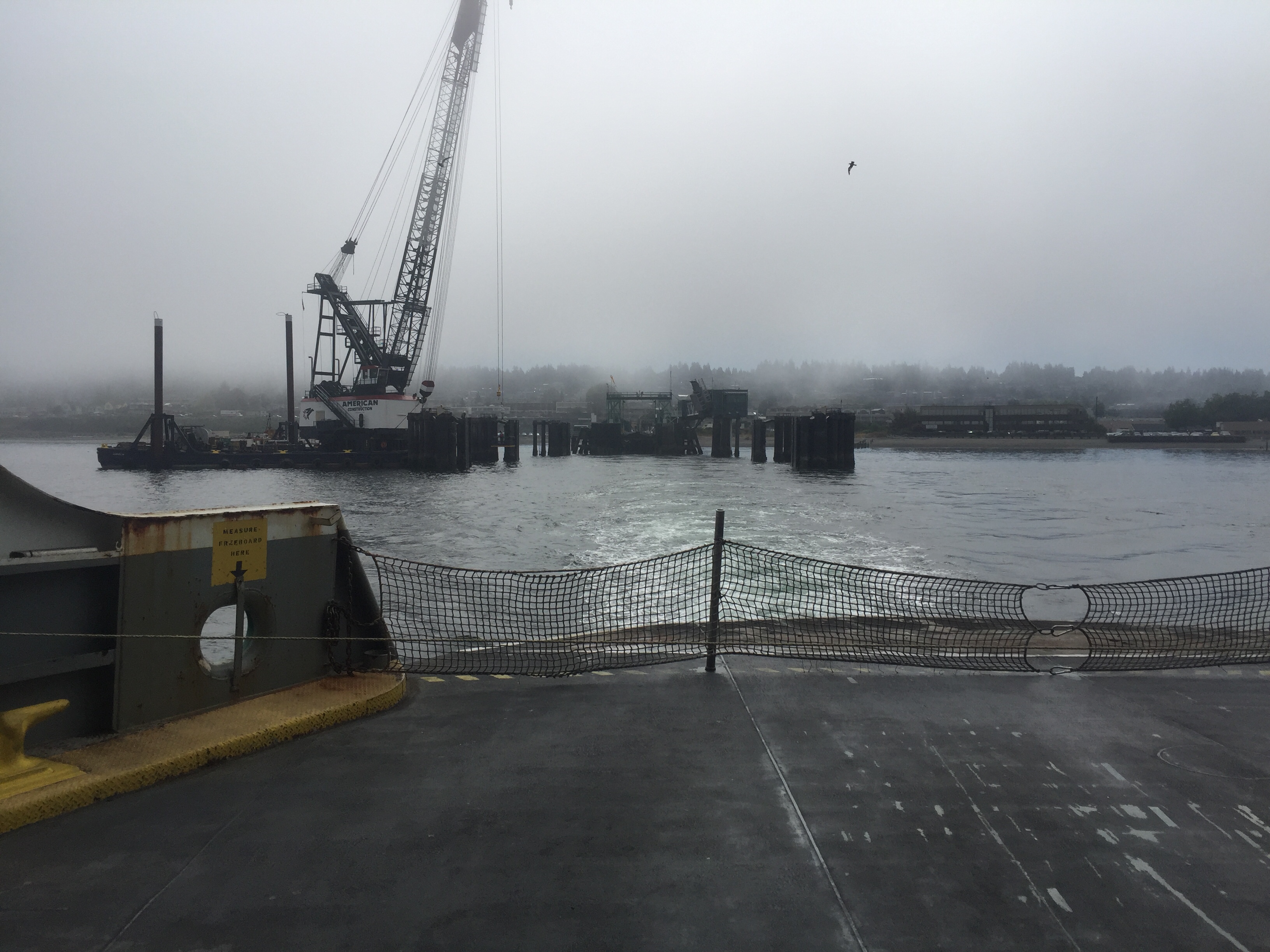 Here is a picture of our ferry leaving the dock. The sky was really foggy and it was chilly on the deck, but it was still a really neat experience.

After a thirty minute ride on the ferry, you head towards Port Angeles, which is where Bella and her friends went shopping in the Twilight books (yes, I read them all). After getting through Port Angeles, the Visitor Center of Olympic National Park is less than 20 miles away. Olympic offers a variety of ecosystems through multiple ares called Hurricane Ridge, Hoh Rainforest, and the Wilderness of the Pacific coast. Hurricane Ridge is known for its wildlife and mountains, so since Mount Rainier and North Cascades had already been visited, it was best to go to the rainforest and coast for more variety! About two hours from the Visitor Center and a little over 80 miles, you arrive at Hoh Rainforest. I’m going to continue to show my nerdy side, I was tickled to drive through Forks, Washington, where Twilight was filmed, and to also drive by La Push beach.

As soon as you turn off of Highway 101, there’s an instant change of scenery. The trees are massive and covered in moss, and there are large ferns sprouting out of the ground everywhere. The rainforest reminded me of a scene straight out of Jurassic Park. The rainforest had a large canopy of coverage from the trees, and the shade was so nice, while the sun tried to peek in through the treetops. After entering the rainforest, the local park ranger checked my National Park pass. I asked her what trail she recommended to get the best experience. Hall of Mosses did not disappoint. I was ecstatic for the rainforest, not only because I have not seen a rainforest, but also because the lush, green vegetation excited me! I have never seen so much greenery in my life!

The first part of the trail takes you to a swamp area filled with moss and some trees that had fallen over. The trail is easy with little change in elevation, but it still took well over an hour to do this mile trail, because the trees and moss demanded so much attention! Some of the trees were so large you could get underneath them, and they smelled incredibly aromatic. It was hard to capture the size of these trees, however, the vertical panorama came close. This park, specifically this rainforest, made me look forward to one day visiting the Sequoia National Park.

I was amazed at the amount of moss that could cover one tree; it would be hugging the tree, hanging off the branches, and often be in layers like blankets on a bed on a cold winter’s night.

I wanted to check out the coastal rocks, but there was water to cross from the tide. Luckily, the couple in front of me had placed a log down over the water that I used to cross the water. The coastal rocks were covered in anemones towards the base of the rocks. I loved seeing the low tide ecosystems, and playing with the anemones.

This large coastal rock was the jackpot of coastal wildlife. There was a man telling other explorers that the sea stars were located on the other side of these coastal rocks, and I was determined to see a sea star in it’s natural habitat. The first two minutes of rock climbing went well, however, if you are going to climb these rocks to see the sea stars, I’d bring some gloves to protect your hands. The damn barnacles sliced my hands open and they are still recovering from the barnacle wounds. 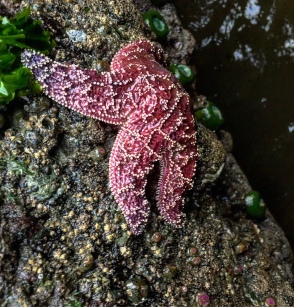 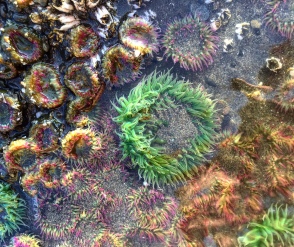 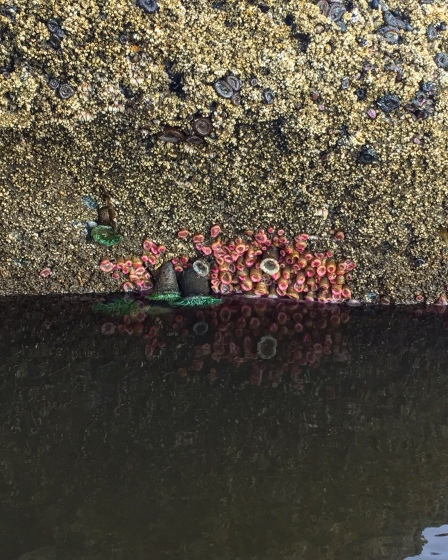 The rocks were all covered in barnacles. After two successful minutes of climbing, I misplaced my foot (I think, still not really sure) and fell into the barnacle covered coastal rocks. I’ve got some gnarly green bruises and abrasions on my elbow, shoulder, and buttock. I got up, even more determined to see these sea stars. I had already fallen, might as well go in for the kill. It was well worth the fall and the climb.

Ruby Beach looked a lot like La Push from Twilight, but with more coastal rocks. It was so beautiful and unique. On the way back to the ferry, the hood canal bridge was open for construction and required cars to stay on the bridge for over an hour. Needless to say, the 12:05 am ferry was missed. The good news is, you can drive a little further to go to the Bainbridge Ferry and catch the 12:55 am crossing. Fun fact, Samara from “The Ring” was from Bainbridge. This ferry ride is also about 30 minutes.

If you are going to make a day trip to Olympic National Park, I’d recommend going as early as possible, because there is so much beauty to take in. I wish that I would have paid more attention to ferry times and allotted more time to make it back to the ferry. I would also check local construction to see if you are going to get held up on bridges. I was exhausted by the time Seattle was reached. I even slept on the ferry from Bainbridge to Seattle.  Next time, I’ll be bringing mosquito spray for the rainforest, a fleece jacket, water shoes, and gloves for the coast. There was an abundance of mosquitoes. Nonetheless, this park was a unique experience with an abundance of diversity.